Dr. Theresa Harris graduated from Cambria Heights High School in Patton, Pennsylvania in 1992. She then attended Slippery Rock University of Pennsylvania from 1992 to 1995 where she studied Exercise Physiology and Biology.

Her special interests include geriatrics, pediatrics and nutritional counseling. 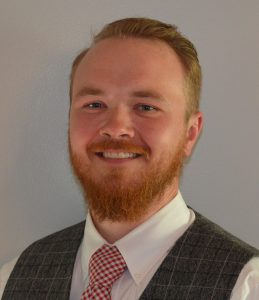 Dr. Matthew L. Harbour is certified by the National Board of Chiropractic Examiners in X-ray Study/ X-ray interpretation and in the use of physio therapeutic modalities. He uses the following techniques: Diversified, Logan Basic, Thompson, Flexion/Distraction, and Activator Methods.

Dr. Harbour is a native of Barboursville where he graduated from Cabell Midland High School, Ona, West Virginia, in 2004. He received the West Virginia Promise Scholarship and completed his pre-chiropractic coursework at Marshall University, Huntington, West Virginia.

After graduation, Dr. Harbour returned to his hometown area where he resides with his wife in Proctorville, Ohio. Dr. Harbour worked in Ashland, Kentucky as a chiropractor and clinic director at CORE Health Centers from 2016-2018, he then opened his own office in Milton, West Virginia, from 2018- 2019, After the arrival of his daughter, Dr. Harbour joined Davis Chiropractic in 2019 to work closer to his family. Dr. Harbour is very excited to be with Davis Chiropractic and treating patients in his hometown of Barboursville. He is currently accepting new patients.

Dr. Nease graduated from Barboursville High School in 1983 and attended Marshall University and Palmer College of Chiropractic. After graduating, he joined his father, William F. Nease, D.C., in practice in Huntington, WV. He continued to practice at his office in Huntington for over twenty years before joining Davis Chiropractic in October 2015. He currently lives in the Huntington area with his wife and five children. He is currently accepting new patients.